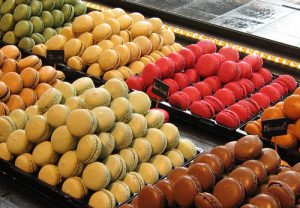 Bordeaux officially became one of the world’s great cities for food lovers in 2014 and the 20th to join the international Délice Network. The link between cities belonging to this network created by Lyon in 2007 is culinary expertise and a reputation for fine cuisine.

Délice is an international organisation established by Lyon in 2007. It brings together the world’s leading cities in terms of fine dining. Members include European cities such as Turin, Madrid, and Brussels, as well of others outside Europe, such as Montreal, Osaka, or Rabat. The main goal of the organisation is to share the highest standards in terms of gastronomy, considered a major drawing card and a factor in development.

Bordeaux, a gourmet city belonging to several international networks Délice has now added Bordeaux, the world wine capital, to the list. Bordeaux is also the second French city after Lyon, the founder city, to become a member of Délice.

Gastronomy, but not just…
Constituting a unique forum for reflecting on good food and how to eat it intelligently, Délice promotes meetings between municipalities and professionals, as well as various exchanges of a culinary nature. The Délice network has five main themes: urban marketing, education & training, local foods, health & nutrition, and promoting excellent chefs.

Bordeaux’s membership in Délice is financed by the City of Bordeaux and the Bordeaux Chamber of Commerce and Industry, with support from the Bordeaux Tourist Office and the CIVB, Bordeaux Wine Council.